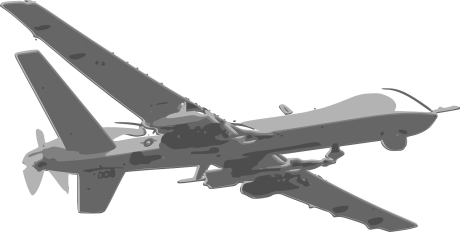 According to Navy Captain Jeff Davis, a Pentagon spokesman, the US has conducted some 50 airstrikes in Yemen from February 28 through last week.  And last weekend, after numerous strikes in eastern Yemen targeting Al Qaeda in the Arabian Peninsula, or AQAP, the total now stands at 70, according to Captain Davis.

Bill Roggio wrote in his April 4, 2017 Long War Journal post that the total number of US airstrikes in Yemen since the beginning of the year is more than 75, which he notes is “already nearly double the yearly total since the drone program against al Qaeda in Yemen began in 2009.”  He adds that “the previous record number of airstrikes conducted by the US in Yemen in any one year was 41 in 2009.”

(Just a reminder, the United States is not at war with Yemen.  For more on how the US justifies such strikes outside of areas it is actively at war, read what I wrote here.)

Yemen has been in the midst of a brutal war with Saudi Arabia for nearly two years.  Adam Johnson writes in a February 27, 2017 FAIR article that the war has “left over 10,000 dead, 40,000 wounded, 2.5 million internally displaced, 2.2 million children suffering from malnutrition and over 90 percent of civilians in need of humanitarian aid.”

His article goes on to discuss the threat of famine Yemen faces as a result of the war that has received media attention lately.  Johnson rightfully points out that the major media outlets ignore the role of the US in the crisis.  He concludes his article with this:

A first step to putting political pressure on Trump to mitigate the suffering in Yemen is for the US public to speak out about their government’s role—a condition unlikely to be met if corporate media never bother to mention it.

Another question the media rarely raises is what these airstrikes ultimately accomplish.  Captain Davis stated that “we continue to target AQAP in Yemen, and this is done in the interest of disrupting a terror organization that presents a very significant threat to the United States.”

That vague explanation does not address the threat of increasing the ranks of the very terrorist organization we are attacking.  In a September 2, 2014 report for Yemen Times, Ali Abulohoom discusses the PTSD experienced by Yemeni citizens as a result of drone strikes, as well as the continuous fear of future strikes that they live with.  He also writes of another effect of airstrikes.

The article states, “it is well-known that animosity against the United States is mounting as the attacks have intensified in recent years,” and concludes with the following quote:

“As long as the United States continues to strike areas in Yemen with drones which are claiming the lives of innocents in addition to their targets, support for Al-Qaeda is going to increase.”

This statement has been echoed by four former drone operators who wrote an open letter to the Obama administration arguing against drone strikes.  In the letter, they state that the killing of innocent civilians by drone strikes served to fuel “the feelings of hatred that ignited terrorism and groups like ISIS, while also serving as a fundamental recruitment tool similar to Guantanamo Bay.  This administration and its predecessors have built a drone program that is one of the most devastating driving forces for terrorism and destabilization around the world.”

As many feared, the new administration shows no indication of slowing the use of targeted killing through drone strikes.  Instead, it appears the strikes will increase, leading to more innocent lives lost, and more anger and hatred towards the United States.  And the drive for revenge.