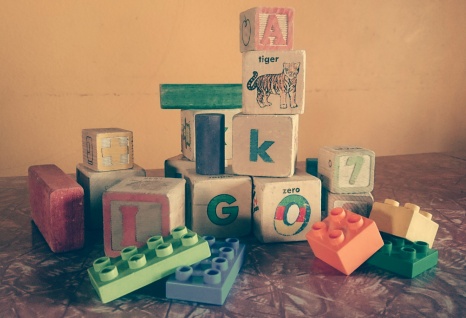 If the experience of “doing school” destroys children’s spirit to learn, their sense of wonder, their curiosity about the world, and their willingness to care for the human condition, have we succeeded as educators, no matter how well our students do on standardized tests?

It is a well accepted fact that growth and development happen in stages, and research into brain development has shown that the human brain is still developing into our early 20’s.  With that in mind, it seems reasonable to believe that specific skills are best learned when the brain is developmentally ready to understand and conquer them.  Most experts in child development and early childhood education recognize this.  Unfortunately, it appears that the creators of the Common Core State Standards (CCSS) either do not, or were unwilling to take that into consideration when the standards were written.

In March of 2010, in response to the January 2010 draft release of the CCSS, an impressive group of early childhood health and education professionals issued a joint statement through the Alliance for Childhood stating their concerns with the Common Core standards for young students.  In this statement (which I encourage you to read) they list their four primary concerns with the standards, and conclude with the following statement:

We therefore call on the National Governors Association and the Council of Chief State School Officers to suspend their current drafting of standards for children in kindergarten through grade three.
We further call for the creation of a consortium of early childhood researchers, developmental psychologists, pediatricians, cognitive scientists, master teachers, and school leaders to develop comprehensive guidelines for effective early care and teaching that recognize the right of every child to a healthy start in life and a developmentally appropriate education.

Edward Miller and Nancy Carlsson-Paige wrote a critique of the CCSS in January 2013 in which they address the disregard the CCSS creators showed for early childhood development and the concerns raised in that joint statement.  They write, “we reviewed the makeup of the committees that wrote and reviewed the Common Core Standards.  In all, there were 135 people on those panels.  Not a single one of them was a K-3 classroom teacher or early childhood professional.  It appears that early childhood teachers and child development experts were excluded from the K-3 standards-writing process.”
As for the joint statement signed by so many early childhood professionals?  Well, Miller and Carlsson-Paige go on to say:

We know that the instigators of the standards at the National Governors Association and the Council of Chief State School Officers were aware of the Joint Statement well before their summary of public feedback was written. Copies of it were hand-delivered to eleven officials at those two organizations, including Gene Wilhoit, executive director of the CCSSO, and Dane Linn, director of the Education Division of the NGA, who were primarily responsible for the creation of the standards.
and
Why were early childhood professionals excluded from the Common Core Standards project? Why were the grave doubts of our most knowledgeable education and health experts missing from the official record of this undertaking? Would including them have forced the people driving this juggernaut to face serious criticism and questions about the legitimacy of the entire project?

Why indeed?  And what are the potential ramifications of pushing these standards on elementary schools?  Well, as so many early childhood professionals and parents around the nation have been repeatedly saying, there are numerous to consider.
In this Forbes article by Alice Walton, it is pointed out that there is no research or evidence to support pushing higher standards for young students to meet.  In fact, there is evidence to support the opposite.  Consider what David Elkind, child development expert at Tufts University and author of The Hurried Child, is quoted as saying in that Forbes article while pointing out that “children are not standardized”:

Some children attain these abilities—which enable them to learn verbal rules, the essence of formal instruction—at different ages. With the exception of those with special needs, all children attain them eventually. That is why many Scandinavian countries do not introduce formal instruction, the three R’s until the age of seven. In these countries children encounter few learning difficulties. Basically, you cannot standardize growth, particularly in young children and young adolescents. When growth is most rapid, standardization is the most destructive of motivation to learn.

Finland provides a good example of what Elkind is getting at.  Students in Finland consistently rank at the top in worldwide studies of education.  This BBC News article states that “children in Finland only start main school at age seven.  The idea is that before then they learn  best when they’re playing and by the time they finally get to school they are keen to start learning.”  It also points out that “Finnish children spend the fewest number of hours in the classroom in the developed world.”  It appears their education model works very well, yet here in the US, with no research to back it up, we are moving the opposite way by pushing greater expectations on younger and younger children.
This puts our children at risk of failure due to classroom burnout or frustrated despair.  Carol Burris, named New York State high school principal of the year in 2013, points out in the Forbes article, “if this continues the way it’s going, my prediction is that by the time they get to high school, they will not like learning.  We’ll see tremendous academic push back, over-anxious kids, and school phobia issues.”  Gene Beresin, Executive Director of The Clay Center for Young Healthy Minds at Massachusetts General Hospital and professor of psychiatry at Harvard Medical School is quoted as saying, “if kids are pushed to work on material too far above their intellectual level, it could be highly demoralizing, and some may simply give up…”
According to this article by Amanda Morgan, Rae Pica, in her book What If Everybody Understood Child Development, discusses how this sort of stress can effect early child education.  Morgan writes:

Rae Pica cites Dr. Willis’ work in this chapter as well as Dr. William Stixrud who said, “stress hormones actually turn off the parts of the brain that allow us to focus attention, understand ideas, commit information to memory and reason critically.”  So why would we expect our youngest learners to gain more from a high-pressure environment?

Proponents of the CCSS will argue that the standards do not dictate the curriculum chosen by individual states and schools, nor do they call for the elimination of the sort of activities that might keep the play and joy in the classroom.  But as Carol Burris makes clear in Walton’s Forbes article, it is much more time consuming to teach students things that they are not developmentally ready to learn.  She says, “if you have goals that are developmentally inappropriate, so much time is spent getting students to achieve what they’re supposed to, that there’s very little time left for music, social studies, science.”

Amanda Morgan, in her article, adds to that by pointing out that these increasing expectations have a “trickle-down effect.”  It is changing not only K-3rd grade classrooms, it is affecting preschool as well with preschool teachers attempting to prepare their young charges for Kindergarten.  She writes:

I’ve listened as some preschool teachers have said, “With kindergarten the way it is, I just can’t do preschool the old way anymore.”  So they get rid of the sand table and the dramatic play area and cut back on outdoor play time.  And they spend more time sitting at tables, filling in worksheets, and, well, being quiet.

This is the opposite of what we know about what children need developmentally.
[Emphasis supplied.]

These are all very real concerns with the potential for very serious consequences for our children.  What appears to me to be pretty blatant ignorance of the developmental needs of our young and vulnerable students is incredibly disturbing and brings me back to the question of why?  Why were the Common Core State Standards developed without the input of early childhood educators, and why were the concerns of so many early education professionals, and parents, ignored as the standards were completed and approved?  Why are those concerns still being ignored today as CCSS is being implemented around the nation?

These are questions I’ll tear into in my next post, “Common Core is a Racket.”