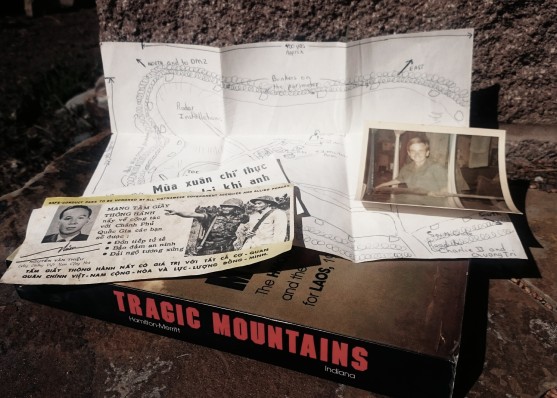 Back in November, when I started my blog, I had a conversation with Doug Rawlings who is a co-founder of Veterans For Peace, if you haven’t read those posts yet, please do, what he has to say is so powerful and important. In that conversation he told me about a Memorial Day event that took place last year in which Veterans for Peace asked for people to write a letter “to the Wall,” describing how they have been affected by the war in Vietnam and its aftermath.

151 letters and 32 postcards were received and placed at the foot of the Vietnam Veterans Memorial Wall for the public to read. And they did read them. Conversations happened, a critical message was shared with many. Afterward, the National Park Service requested to place some of the letters on display in their archival museum, where those words can continue to be read.

This year, it is time to go even bigger. Veterans For Peace is asking for at least 1500 letters that can be placed at the Wall for Memorial Day 2016. Letters can be emailed to vncom50@gmail.com or they can also be physically mailed directly to Doug Rawlings (address can be found in Doug’s post about the event here)

If the Vietnam War still causes you to reflect deeply about the meaning of that war and its place in your life, then we need you. We need your help. We need your words. Veterans For Peace wants to deliver 1,500 letters to The Wall in Washington, DC this coming Memorial Day as a way of acknowledging the impact of that war on our lives. We need you to write one of these letters.

I see this event as an excellent opportunity to share a powerful message of peace, of ending war, with people who might not ordinarily pause to think about the devastating effects of war, beyond the lives lost, as they wander through the various war memorials in Washington D.C. on Memorial Day. Those memorials are very moving, but they don’t really portray the destruction of the lives of the survivors, they don’t show the destruction of families, the environmental destruction, the effects that still linger today.  They certainly don’t show the devastation wrought upon other nations of the world. But our letters can.

I was born years after America ended its fighting in Vietnam, but that war has still had its effects on me, not only because my father was drafted and spent a year in Vietnam.  My views on war have been largely shaped by what I learned of this war as a youth.  I believe that war has had far-reaching effects on our society that touch us all, even today.  I’ve written a letter of my own to ‘the Wall,’ and I’m sharing it here, in hopes it might inspire you to write one too.

To The Vietnam Veterans Memorial Wall, And More Importantly, To Those Who Visit It:

I stood before you alone on a warm, sunny August day, and fought to keep my tears to myself. I wished desperately that my father could be there too, but he was 3000 miles away, and we didn’t talk much anymore anyway. I was awed by the simplicity of your portrayal of such heavy sorrow. I was awed by how much sadness you stirred in me. There are no names on that wall that I recognize.  I didn’t lose a loved one to this war, my father came home physically intact from his year in Vietnam. If he hadn’t, if his name were inscribed on your surface, I would not have been alive to stand before you, to touch your smooth granite and read the names of people I didn’t know, people I could never know.

My emotion that day was partly a reflection of my father’s feelings about you. Even though he never had the opportunity to visit you, it meant a lot to him knowing you had been built to honor those who died in the war he too had served in. The only time we ever talked about his service in Vietnam was when he shed a tear over an essay I wrote about you in sixth grade. It was such a powerful moment, and it felt a bit as though I stood before you in his honor.

But my feeling as I touched your cold, shiny surface that day was also a sadness of loss. My understanding of this war, and all wars, had come a long way since I wrote that essay in sixth grade. I feel the things that are lost to war very strongly. They are a weight on our society much greater than that of your granite slabs.

The loss of so many American lives is beyond tragic. But there are so many sad things about this war, so many more things than the loss you represent. An estimated 1,313,000 deaths occurred as a result of war in North and South Vietnam, Laos, and Cambodia just in the years between 1965 and 1974, and only a little over 58,000 of those are inscribed on your surface. At least 587,000 of those were civilians. Men, women, children. Every single one is a tragedy.

And those who came home to America? They were left alone to face what they had done, what they had seen, what they had experienced, what they had suffered. How many, unable to deal with their horrors, took their own lives? How many also suffered from the toxic effects of Agent Orange? Where are their names on your surface?

Your moving simplicity leaves out so much, as if to excuse our ignorance in this nation of the devastating effects our wars have on generations of Americans, and on generations of people around the world, and on the world itself. As if war, and soldiers dying, is as clean as your shiny wall and the simple white crosses of Arlington Cemetery.

I wish the American people would see a reflection of all that loss in your surface, so we might all rise up together and bring an end to the wars and devastation our nation is waging around the globe. I wish we would honor the many who have died for the few who profit from war by refusing to fight. I wish you said that on your surface, especially to the young men and women thinking of enlisting who happen to pass you by.